Memory is the mental retention of a conscious experience.

Memory is such a funny thing. One of my best friends in the whole world visited me last week. Joe and I met our first year of college so we’ve got decades of shared memories and when we get together, we love to talk about them. After dinner one night we were at a bar sitting around a table with another dear friend, and we were all talking. Joe casually took off his baseball cap and pulled back his hair before he replaced his cap just like a high school boyfriend of mine used to do. Instantly, I had an overwhelming wave of feeling, smelling, and sensing that boyfriend. It was almost like he was there, in Joe’s chair, for a second. You know when you close your eyes and you can sort of still see traces of whatever you were just looking at and if you concentrate really hard, those traces might stay around a moment longer? I sat there with my eyes open, staring at Joe and trying to feel and hold onto Doug. I’ve had this happen a few times since I began meditating. Both of my grandmothers have come to me in a memory flash like this. They were with me for just a moment and I was so grateful they came. I ended up sobbing and slobbery both of those times. Luckily, I didn’t sob at the bar.

Some visits from old memory land aren’t so magical. I’ve had a lot of old stuff come up lately. I’ve been a little tired and I’m working really hard at stuff that I’m not super good at, so I am low-level uncomfortable and low-level stressed. Old, familiar samskaras, patterns of thought, have surreptitiously made their way to the surface. I’ve noticed that I’ve been protective, guarded and petty and I’ve been complaining a lot even though I don’t want to. It’s familiar even though it isn’t how I normally operate. I kind of thought I was past that old stuff.  That I had outgrown it. But then I remembered something I read in  The Heart of Yoga.

When the obstacles do not seem to be present, it is important to be vigilant.

Mr. Desikachar comments, “A temporary state of clarity should not be confused with a permanent state. To assume then that everything will be free from now on can be fraught with danger. It is now even more important to be careful. The fall from clarity to confusion is more disturbing than a state with no clarity at all.”   [italics are mine]

Reading this helped me not to be too hard on myself and my emotional backsliding.

Back in high school, this boyfriend was funny and smart and thoughtful. Even today, I really like him. He was willing to go along with any silly adventure that we could come up with but he was just as happy hanging out at my house not doing much at all. We did this a lot, actually, which gave my family, my mom mostly, a chance to get to know him. They got along well and enjoyed each other, which I thought was good, until I found out that he and my mom had conversations without me there.

My mom and I were talking one high school afternoon and she referenced something my boyfriend had said to her about me. I was not present for their conversation, which was NOT acceptable to my teenage neurosis and my clumsy attempts at micro-managing my image. I had protective, guarded and petty feelings come up and take over my brain. My brain and I determined that boyfriend and mom could not talk about me. And then I revised that rule and decided I didn’t want them talking about anything at all, EVER. It was a big deal. It felt really important, and from that point on, I had a dark and lurking sense that boyfriend and I were not on the same team; that I needed to watch out and be careful what I said to him because something might get back to my mom. Or my mom might leak critical information about me to boyfriend and then he’d have some advantage via information that I wasn’t ready for him to have. I had a serious conversation with each of them individually in which I required complete loyalty and compliance. Or at least that’s how I’m remembering it.

I knew it was unreasonable, but I couldn’t help myself. I watched my paranoia and my upset, could feel that it was misdirected and I carried on with the plan anyway. Boyfriend and I dated for a while longer, but I wasn’t a very good girlfriend from that point on. I didn’t invite him to come around the house much any more and I did some mean things to make sure he didn’t like me too much. I was really careful with how much I revealed. We sort-of dated for the rest of the year then we broke up. A year later, when he was off at college, I was jealous when we talked on the phone and he told me he was dating someone else. I’m so glad I’m not a teenager anymore.

Thinking back, I can see that beneath the cool teenage veneer, I was struggling with a fear of not getting enough and not really liking myself that much. I think I was worried that if my parents had another person around that they really cared about, then they’d be stretched too thin and I might not get what I needed. And I had a lot of needs. I was operating under a scarcity of resources model and we all know what lab rats do in desperate times– They chew their own legs off and get aggressive and their eyeballs start to glow red and stuff. I could sense that happening beneath my long-hair and high-bangs. Deeper still, was the fear… the fear that boyfriend and mom might start to enjoy each other more than either of them enjoyed me. This seemed plausible because there were times I didn’t really like my teenage neurosis or my attempts to control, my reactions or even the personality and image I so carefully curated for myself. I tried to prevent any of this from happening.

Even though I don’t operate under a scarcity model anymore, I encourage my friends to befriend my parents, and I love myself and my life a whole bunch, that other set of feelings is still possible. It can still come up. Though it happened to be chewing on my leg this week I could see I was out of balance and I know I now have resources and practices so I don’t get stuck.

When there is evidence that obstacles are reappearing… immediately,

Advance toward a state of reflection to reduce their impact and prevent them from taking over.

Any means that will help us free ourselves from the consequences of these obstacles is acceptable.

I feel better now. This week, I’m better able to stop myself from complaining. I made the connection between how I feel today and those feelings that were there in high school and I can see that some of this is old. Maybe it needed to come on up and get aired out. Yoga doesn’t keep this hard stuff from happening, but it provides tools to work with it when it does so we don’t get stuck. I’m so grateful to my teachers, this practice, this blog community and that life lets me try things over and over again so I have a chance at getting them right. I’m so very grateful for the relationships with people who stick it out as I fumble along.

If you’d like to practice movement, breathing and meditation in this wonderful lineage,  I’d be delighted to teach you! I see students online and in person in Austin, TX. Send me an email and let’s chat. amandagreenYOGA at gmail dot com.

7 thoughts on “These old feelings, they come up again” 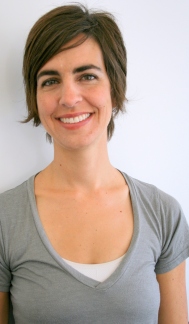 Please visit www.amandagreenyoga.com for the most recent writings and yoga therapy offerings!

quotes for the sidebar

"To share chanting is to share an experience of silence through listening,a process of healing and a link with nature, the deeper self and the divine"
-TKV Desikachar